IS code for RMC and specifications 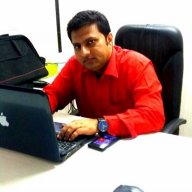 Staff member
The significant modifications included are as follows :

b) Requirements for materials brought in line with IS 456:2000 ‘Plain and reinforced concrete — Code of
practice’.

d) Basis of supply modified to bring it in line with IS 456:2000 ‘Plain and reinforced concrete — Code of
practice’.

g) Sampling procedure has been modified.

h) Tolerance limits for workability have been modified.

j) A clause on non-compliance has been included.

k) A detailed clause on production and delivery including plant safety and maintenance and environmental
considerations has been included.

m) A detai!ed clause on quality control has been included.

n) A detailed clause on order processing and training has been included.

p) Detailed provisions on calibration and weighing equipment accuracy has been introduced as Annex E.
For effective implementation of the provisions of the standard, it maybe desirable that the ready-mixed concrete
plants operate their system under a third party certification scheme to ensure operation of a well structured system
and to build confidence in the users of such concrete.
Last edited: Sep 17, 2017
Reactions: Pankaj Sharma
You must log in or register to reply here.