Answered What material is used in old age before cement was discovered?? 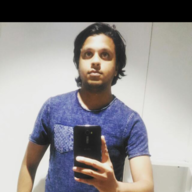 Plz anything all about material ,mix,..

As per my observation following materials are used in old age before cement/concrete came into picture :- 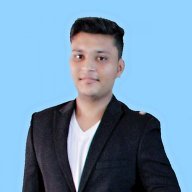 The history of cementing material is as old as the history of engineering construction. Some kind of cementing materials were used by Egyptians, Romans and Indians in their ancient constructions. It is believed that the early Egyptians mostly used cementing materials, obtained by burning gypsum. Not much light has been thrown on cementing material, used in the construction of the cities of Harappa and Mohenjadaro. An analysis of mortar from the Great Pyramid showed that it contained 81.5 per cent calcium sulphate and only 9.5 per cent carbonate. The early Greeks and Romans used cementing materials obtained by burning limestones. The remarkable hardness of the mortar used in early Roman brickworks, some of which still exist, is presenting sufficient evidence of the perfection which the art of cementing material had attained in ancient times. The superiority of Roman mortar has been attributed to thoroughness of mixing and long continued ramming. The Greeks and Romans later became aware of the fact that certain volcanic ash and tuff (it is a type of rock made of volcanic ash ejected from a vent during a volcanic eruption), when mixed with lime and sand yielded mortar possessing superior strength and better durability in fresh or salt water. Roman builders used volcanic tuff found near Pozzuoli village near Mount Vesuvius in Italy. This volcanic tuff or ash mostly siliceous in nature thus acquired the name Pozzolana. Later on, the name Pozzolana was applied to any other material, natural or artificial, having nearly the same composition as that of volcanic tuff or ash found at Pozzuoli. The Romans, in the absence of natural volcanic ash, used powered tiles or pottery as pozzolana. In India. powered brick named surkhi has been used in mortar. The Indian practice of through mixing and long continued ramming of lime mortar with or without the addition of Surkhi yielded strong and impervious mortar which confirmed the secret of superiority of Roman mortar.

For detailed information refer the book CONCRETE TECHNOLOGY THEORY AND PRACTICE by M.S. SHETTY.
Reactions: Salman001, Archana, Narendra and 1 other person
You must log in or register to reply here.