Which countries have higher job opportunities for a civil engineer?

You can get a global reconised degree from above mentioned countries and should seek jobs in LATIN AMERICAN COUNTRIES ,SOUTH AFRICA ARAB and even in INDIA where growth of infra structure development is very fast .A 100 smart cities ,metro n bullet train projects,housing projects and MAKE IN INDIA makes INDIA a vulnerable COUNTRY for civil professionals.
Reactions: kamran khan
R

In addition to above mentioned countries India, Germany, Japan and Switzerland are also having better career opportunities for civil engineers. 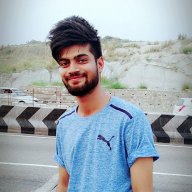 So which country should I prefer?I am confused,please need some guidance and help
You must log in or register to reply here.

A
Help regarding courses provided by consultancies