Answered Cracking in concrete is due to mix design or workmanship 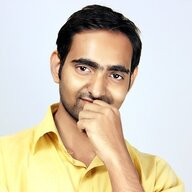 I see a cracks in concrete slab, does this happen due to concrete itself or due to workmanship problem. 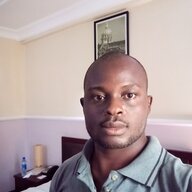 Crack in concrete is caused as a result of mix design.
K

Sumit Civil said:
I see a cracks in concrete slab, does this happen due to concrete itself or due to workmanship problem.
Click to expand...

Shrinkage is a property of the concrete which cant be eliminated and mostly it results into shrinkage cracks in in concrete surface.


Sumit Civil said:
I see a cracks in concrete slab, does this happen due to concrete itself or due to workmanship problem.
Click to expand...

Well its difficult to answer such question because the perspective of looking at the thing changes from position to position.
A Civil Engineer working on a field or Project Manager getting the work executed in schedule time could look at it as the problem with the concrete.

If same thing is observed by Engineer working in Quality Department makes impression of poor workmanship.

Now if we compare apple to apple for a concrete cube, slab, columns, beams etc.

The concrete in cube will never show a cracking on surface because the person who is casting cubes knows the importance of finishing and re-troweling of concrete - You will never find a cube with cracks on its finish surface, if at all you find cube with cracks, its indication of improper finishing or poor workmanship.

If you look at the column or any other structural member from its form face, you will never find a shrinkage cracks on it.

Shrinkage cracks occurs when the evaporation of the water from the freshly placed concrete happens before its setting, which creates a cavity and due to gravity and attraction concrete moves down which causes the cracks.

The rate of evaporation and cracking depends on the many factors sch as atmospheric temperature, wind velocity, hydration process etc.

Whatever cracking which happens on a surface is mostly in first 24 hours and more than 90% appears in few hours of finishing of the concrete.

The best way of sealing all the cracks (visible and micro cracks) and capillaries is by doing re-troweling after initial setting time of concrete - this is the same as how we finish the concrete cube again.

Cracking in concrete is more prone when there is poor workmanship and over compaction of the concrete due to accumulation of fine content in more amount at top surface.
Reactions: amd007, Mfon Essien, Dhaval Thanki and 1 other person
M

Usually during summer after concreting cracks will develop due to evaporation of water. 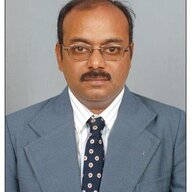 Both or any one and weather conditions may cause.
You must log in or register to reply here.