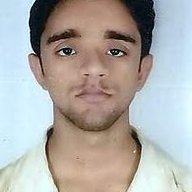 What is the effect on concrete and admixture if relative density was more or less as mentioned by manufacturer..(variation is more more than .02 s per is 9103)???

Density of admixture varies due to % of solid content in it.

More the solid content in it more will be the density and vice a versa.

Less the density - admixture ordered is not the same.

Another reason for increased density is, it may have altered by addition of something to achieve density - such admixtures will perform poorly.

Do admixture performance test by conducting trial with newly received material and compare its result with previous records.

Do preserve a master sample of atleast 5 liter, which used during mix designing.

If dispute occurs, you can show them the performace required by conducting trial with master sample.

On getting satisfactory result with newly received batch, do preserve sample from it too.

Never use newly received admixture without conducting admixture performance test.
Reactions: Sumit Civil and Karthick P
You must log in or register to reply here.