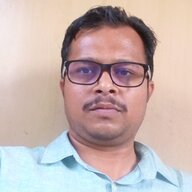 Water demand
The water demand of concrete containing silica fume increases with increasing amounts of silica fume. This increase is due primarily to the high surface area of the silica fume. In order to achieve a maximum improvement in strength and permeability, silica-fume concrete should generally be made with a water-reducing admixture, a high-range water-reducing admixture (HRWRA), or both. The dosage of the HRWRA will depend upon the amount of silica fume and the type of water reducer used

Workability
Fresh concrete containing silica fume is more cohesive and less prone to segregation than concrete without silica fume. As the silica-fume content is increased, the concrete may appear to become sticky. To maintain the same apparent workability, industry experience has shown that it is necessary to increase the initial slump of the concrete with silica fume by about 50 mm above that required for conventional Portland-cement concretes.

Slump loss
The presence of silica fume by itself will not significantly change the rate of slump loss of a given concrete mixture. However, since silica fume is typically used in conjunction with water-reducing admixtures, or HRWRA, or both, there may be a change in slump-loss characteristics which is actually caused by the chemical admixtures selected. Different chemical admixtures produce differing rates of slump loss. Trial batches using project materials are recommended to establish slump loss characteristics for a particular situation.

Segregation
Concrete containing silica fume normally does not segregate appreciably because of the fineness of the silica fume and the use of HRWRA. Segregation may occur in many types of concrete (with and without silica fume) with excessive slump, improper proportioning, improper handling, or prolonged vibration. The use of silica fume will not overcome poor handling or consolidation practices.

Bleeding and plastic shrinkage
Concrete containing silica fume shows significantly reduced bleeding. This effect is caused primarily by thehigh surface area of the silica fume to be wetted; there is very little free water left in the mixture for bleeding.Additionally, the silica fume reduces bleeding by physically blocking the pores in the fresh concrete.

Plastic shrinkage cracks generally occur when the water evaporation rate from the concrete surface exceeds the rate at which water appears at the surface due to bleeding, or when water is lost into the sub grade. Since silica fume concrete exhibits significantly reduced bleeding, the potential for plastic shrinkage cracking is increased. Both laboratory and field experience indicate that concrete incorporating silica fume has an increased tendency to develop plastic shrinkage cracks Therefore, care should be exercised to prevent early moisture loss from freshly placed silica-fume concrete, particularly under conditions which promote rapid surface drying from one or more factors such as high concrete temperature, low humidity, low ambient temperatures combined with higher concrete temperatures, and high wind. Thus, it is necessary to protect the surfaces of freshly placed silica-fume concrete to prevent rapid water evaporation