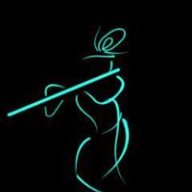 I think most of things are round figured. But not cement grade is there any special reasons behind it??

Hadu said:
I think most of things are round figured. But not cement grade is there any special reasons behind it??
Click to expand...

I too think in the same way, most of things are in round number, to make cement special someone played important role in implementing those grade of cement.

When a code is formed, it is a standard which is adopted all over india.

So to finalize the value of cement produce is of grade process is formed, with this process all cement samples from all over india in same condition might have tested and results would have arrived at any cement you use will have minimum 33Mpa strength. And once it is known, standard might have made for cement grade that cement should be of 33 grade which means it should achieve 33Mpa at 28 days.

As the science advanced, 43 and 53 came into picture.

Now cement companies manufactures cement to grade of 73Mpa but still they pack it as 53.

Sooner or later in future we might find cement with grade 63 and 73 or some more new grades.

Finally, it was a card played by a master mind to make cement special than other thing to not have round number.

All are my thoughts and i may be wrong as it do not have any base
Reactions: Hardz
You must log in or register to reply here.