Dear All
This is observed that at may location that during casting of vertical RCC members (viz. Columns, Shear - walls, etc) top 50-70 mm of layer contains only cement and fly ash slurry.
How it will affect my structure.
Sort by date Sort by votes 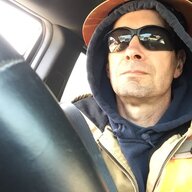 Concrete interface joints are typically specified to be "bonded joints." Most specifications provide the requirements for what that joint requires. In my region, our agency specifications require the cement paste be removed to expose the aggregate in the base/substrate element (typically done with a pressure washer), then that surface is then wetted prior to the secondary concrete pour to provide a bonded joint. Check your specifications and talk to your structural engineer. Hope that helps - Cheers!!
Hildebranski.com
Upvote 0 Downvote

It will bring your structure down in second when it gets loaded and that parts do fail to take load. Columns are second important element after footing which takes the load of entire thing above it.

There are many cases and case studies about failure of structures, the most common cause for failure is stated by you.

In no case we should allow the accumulation of fines at the top layer.

There are few reasons which I would like to list down, so that you can take action on it to prevent its recurrence in further works.

The issue listed by you is very dangerous and should be addressed immediately in the good interest.

the only remedy for it is to chip off the portion which has only fines / slurry in it.
Reactions: priraj
Upvote 0 Downvote
You must log in or register to reply here.

Yesterday at 8:38 AM
Srisidhu
S

Yesterday at 7:47 AM
Mrinmoy Das